Genetics play a huge role in your plant's growth and development. Here's a beginner's guide to cannabis breeding so you can choose the best strain for your homegrow. 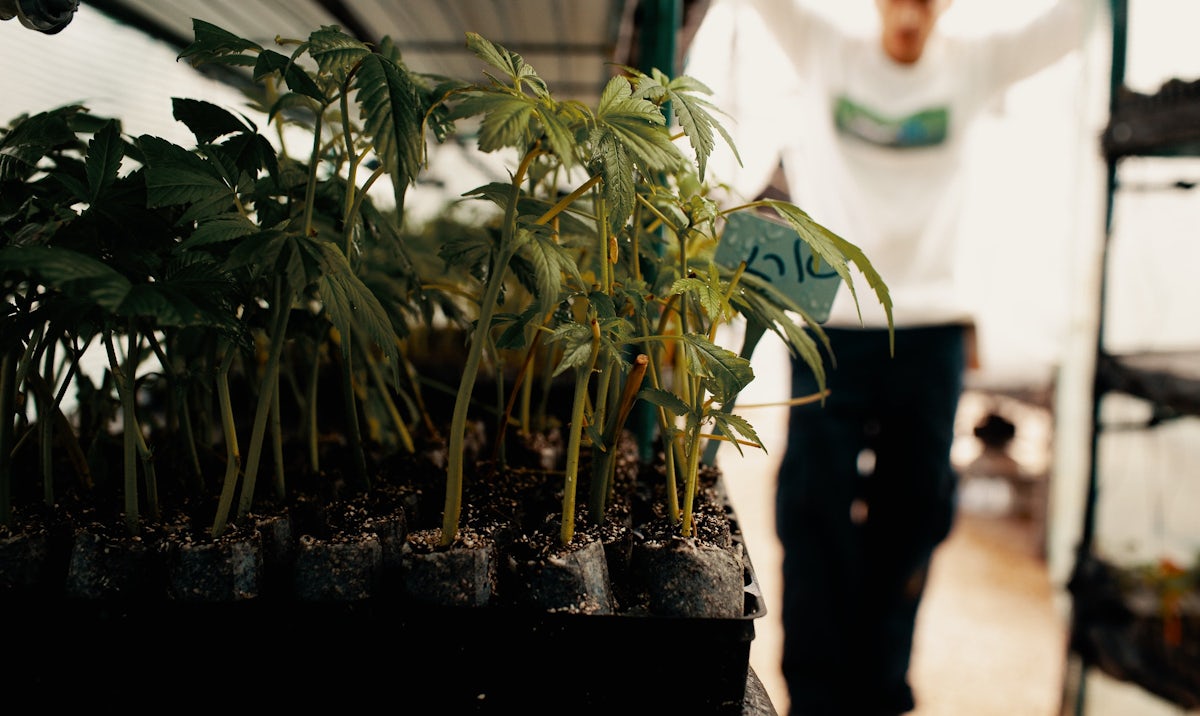 You often hear that dogs are man’s best friend. That’s in no small part because they’ve stuck close to humans long enough to have evolved with us. If that’s the criteria for friendship, cannabis is a close second on that list. Much like our four-legged friends, although not always intentionally, humans have been breeding and cross-pollinating cannabis for thousands of years.

Today, there are nearly 800 known varieties of cannabis that have been bred to perfection, in spite of prohibition. But what makes a strain unique? And why are there so many varieties? Here’s everything you need to know about cannabis breeding.

The Basics Of Cannabis Genetics & Breeding

Just as it is with humans, cannabis reproduction requires a mother and a father. Male plants pollinate female plants, which then flower and create seeds. Some cannabis plants can even develop both sexual traits, but these plants are often undesired by growers since they can self-pollinate and even pollinate other plants unintentionally.

Breeders tend to avoid self-pollination because they like to control which male plants pollinate female plants. By choosing the ideal mother and father, they can determine everything from what kind of strain they will grow to the hybrids they create, and even the quality of the crop.

Female plants which have not been pollinated also tend to grow larger buds out of what can essentially be called sexual frustration. This sexual deprivation is a method developed by growers to create higher yields and fewer seeds in their final product.

The marijuana plant is generally divided into three basic categories: Indica, Sativa, and Ruderalis. These names are the starting point for understanding plant genetics and the basic effects of cannabis. Indica is largely considered to give the mellow body high, while Sativa is known for the more cerebral, energetic highs. Yet, these classifications are somewhat outdated for the hybridized strains we enjoy today.

Cannabis Sativa was first classified by Swedish botanist Carl Linnaeus in 1753. Linnaeus created the first comprehensive classification of plant life, eventually cataloging more than 7,000 plants. Among these plants was cannabis. Since it had been cultivated at the time for everything from clothing to sails for ships, Linnaeus called it Cannabis Sativa – simply meaning “cultivated”.

Neither of these famous plant scientists was describing the effects of the plants with these names, yet these two terms became both the way we divide nearly all cannabis and describe their effects.

The real effects of cannabis–especially after centuries of interbreeding–depends on a multitude of factors: from the cannabinoid concentration and the terpene profile to how you ingest it or even the physiology of the consumer.

How To Breed Cannabis: Seeds vs Clones

Cannabis breeders often look for one of two things: creating a consistent crop that has the same quality across all plants or creating something new which is exclusive to their grow-op.

To guarantee consistent results across a crop, clones are the most efficient option. So, if you find a strain you really like and want to grow that with consistent flavor, aroma, and terpene profiles, you’ll want to use clones.

Starting fresh from seed will result in a cannabis plant that carries the traits of its parents, but also has its own little quirks. A clone, however, is a cutting taken from a mother plant, making it an almost exact replica of the parent plant. Assuming that both are grown in ideal and identical conditions, a grower can expect consistent buds with similar profiles, including taste, aroma, and potency.

If you’re buying seeds online, we recommend you go to a reliable seed bank like Homegrown Cannabis Co. They have hundreds of strains, feminized and auto-flowering seeds, and everything you need for your homemade cannabis.

The downside to clones is the degree of difficulty. Clones can be difficult to maintain for beginners, and require plenty of attention to grow effectively. The health of clones also depends on the mother they were taken from.

Just as a clone can carry the mother’s best qualities, it can also carry her vulnerabilities. This can mean susceptibility to diseases or pests or spreading an infection to the rest of your crop. Finding the ideal mother to take clippings from can also require some trial and error. Growers usually decide to make their best plants into mothers and this can mean growing several plants before finding the right one.

If you want to create a hybrid of your own, breeding and creating new seeds is your best option. However, in order to create seeds that have the least possible variation from the original plant, seeds must come from something called an Inbred line, or IBL of plants. These are plants that have been bred within the same gene pool to ensure consistency across crops.

FUN FACT: One plant is able to produce multiple hybrids if separate branches are pollinated with pollen from males of different strains.

What's The Difference Between A Phenotype And A Genotype?

What Is A Phenotype?

A phenotype describes the plant’s physical and tangible characteristics. All the things we attribute to strains, like color, smell, and taste, are captured in their phenotype. A cannabis plant’s perceptible traits can vary greatly, even among the same strain, depending on their growing conditions or whether they began their life-cycle as clones or seeds.

What Is A Genotype?

A genotype, on the other hand, describes the plant’s interior makeup. These are the genetic characteristics that distinguish a strain, or a species, of cannabis and are passed down to other plants of the same strain or species.

Genotypes are where the terms “Indica-dominant” or “Sativa-dominant” come from when we talk about hybrids. Though, as we’ll see below, cannabis strains which are meant to exhibit Sativa or Indica traits aren’t always consistent. This has to do with an endless range of factors that could present themselves when plants reproduce.

Genetic mutations, accidental pollination from another strain, naturally occurring genetic variations, and variations that come as a result of the growing environment can all result in slight differences in genotypes. In this way, plants are really like humans.

For a more detailed description of cannabis breeding, we recommend you read The Cannabis Breeders Bible by Greg Green.

A Beginners Guide To Cannabis Strains

Ordinarily, in biology, different species are not able to breed with one another, with only a few exceptions. Cannabis is one of those exceptions and this has resulted in hundreds of different strains.

Over the centuries, cannabis traveled from several origin points–from India to South Africa and Hawaii where landrace strains can be found–to nearly every part of the globe. On those travels, different strains have been cross-pollinated and bred with one another to create new varieties.

They also exhibit different phenotype traits. Sativa, for example, is a taller plant known to have thinner leaves like those of the iconic pot leaf. Indica strains, on the other hand, are generally shorter and have broader leaves. But while the phenotype traits that make Sativa and Indica distinct were once easy to spot, today the Sativa-Indica divide is far more difficult to distinguish.

Strains have been so thoroughly interbred that most modern strains don’t fit neatly into the Sativa-Indica divide. In 2015, a study conducted in Canada examined 81 distinct strains. They concluded that their analysis of the plants’ genetic material did not match the claimed Indica/Sativa ratio of the strain. In fact, nearly half of the strains tested had a different genetic makeup than they claimed to have. This could mean that those billed as Sativa dominant could actually be closer to Indica-dominant, and vice-versa.

Much like the lineage of approximately 10 percent of Europeans can be traced, in some way, back to Genghis Khan, so too can the traits of cannabis plants be traced back to a specific landrace strain. Just as with humans, however, centuries of breeding means that any given plant may only contain a small amount of the original strain’s genetic material.

The prohibition of cannabis contributed to this confusion in part because many illegal grow ops were driven underground. Here, cultivators began to mix strains to create hybrids, and the gene pool became murkier. With few opportunities to test illegal strains in a lab, the genetic origins of the plants were largely identified by tracing which parent strains were mixed to create the offspring. Most breeders focused on THC content as a major selling point and selectively bred strains to produce the highest levels of THC and inadvertently bred other traits out of the plants.

Decades of underground cultivation mean that much of what we know about cannabis breeding comes from those who have risked their freedom to perfect the art of growing. As a result, we are only beginning to understand the techniques behind creating new strains or breeding old ones. But with legalization spreading quickly across the US and the world, that art is becoming an exact science that could soon give us some of the world’s most powerful and iconic new strains.

growinglearnseeds
April 06, 2021
Written by Miroslav Tomoski
Save for later
Start saving articles by clicking the heart icon and you'll find them again in your profile page.

Get 20% off premium weed and discover the latest products, news, and deals in cannabis.
April 06, 2021
Written by Miroslav Tomoski 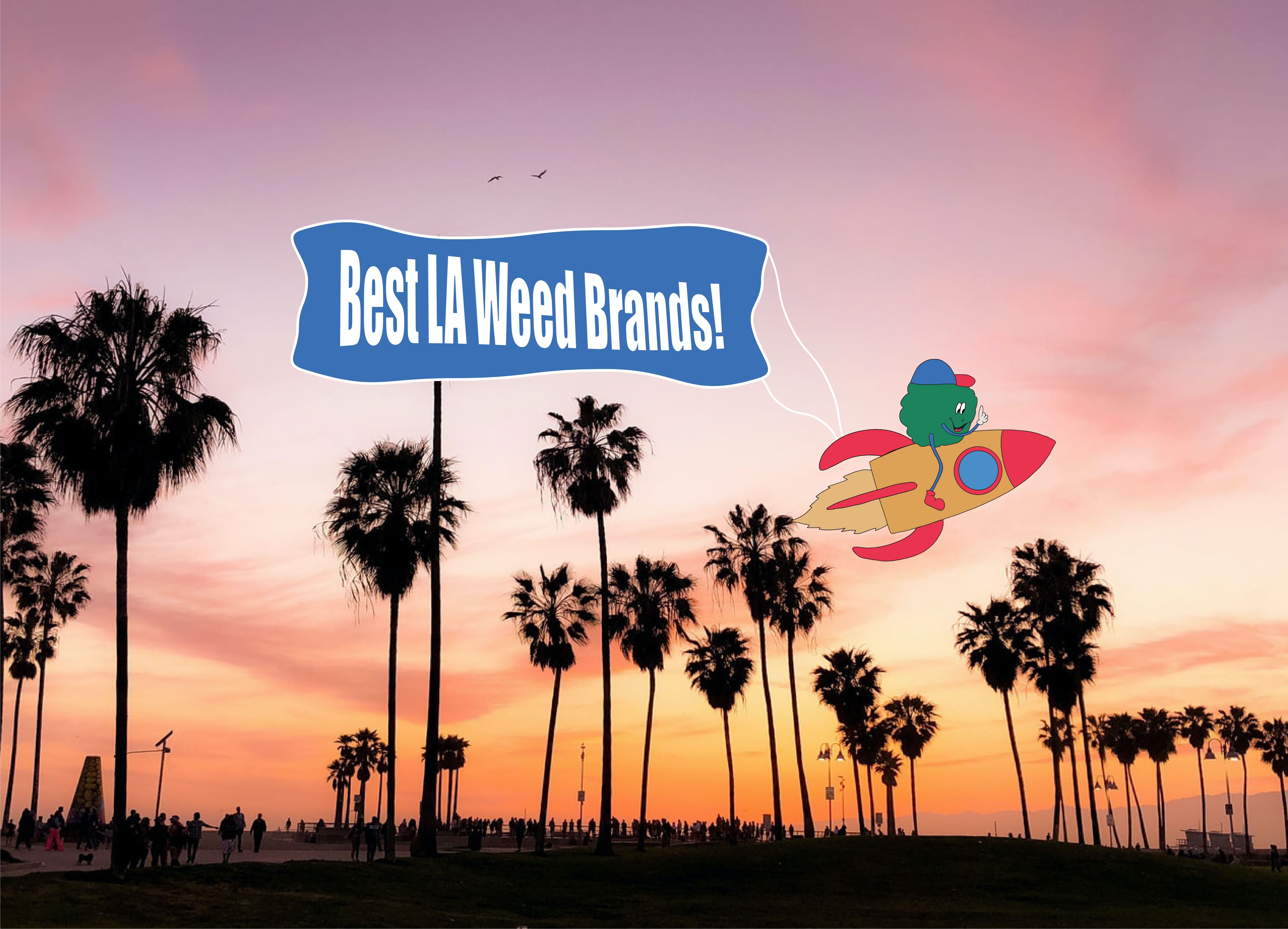