Now Reading:Learn | Why Most People Don’t Get High The First Time They Smoke Weed 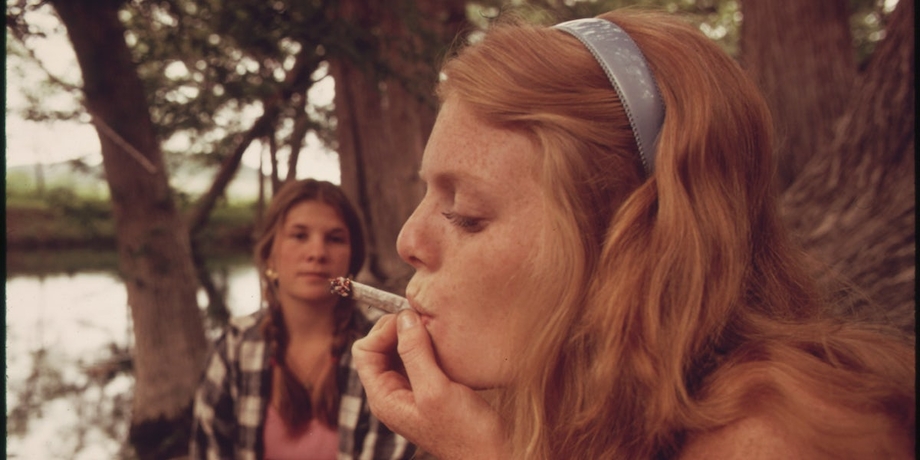 One Girl Smokes Pot While Her Friend Watches During an Outing in Cedar Woods near Leakey, Texas, 1973. (Photo by The U.S. National Archives via Flickr)

It’s an odd phenomenon. For some reason, lots of people don’t get high the first time they smoke weed—even if it’s good stuff. It can be quite a letdown. Finally, you try weed, and… nothing? What could be going on?

The challenge of getting high for the first time is common enough to have a name: “reverse tolerance.” The phenomenon has been noted for a long time in stoner culture. In 1970, the early stoner book, ‘A Child’s Garden of Grass,’ made note of people’s difficulty getting high for the first time. There was even a study of it back in the 1960s. Forty-one percent of first-time smokers reported not getting high on their initial try. Thirteen percent weren’t entirely sure if they were high.

Clearly, more research is needed on people’s experiences getting high for the first time. But until we have a definitive answer, there are several theories worth examining.

This is what people getting high for the first time hear most often after their herbal deflowering (or would that be flowering?) if they don’t feel anything. It makes some sense when you realize that many first-time pot smokers have never smoked anything at all. Fewer and fewer people are using tobacco these days. And even seasoned tobacco smokers may have no idea how to effectively deep-lung a hit.

Maybe you have to learn how to get high for the first time.

First-time pot smokers may need to be “broken in” before they can experience the “high” feeling. I actually tend to lend some credence to this theory; in my own personal weed odyssey, I didn’t get high for the first time until the fourth time I smoked.

Consciousness is a very subjective thing. Awareness of an altered state can be even more subjective. For many of us, it may be that the first gentle push from cannabis isn’t enough to get us over that threshold between high and not high. After a few sessions, perhaps stoners learn to recognize the cues. 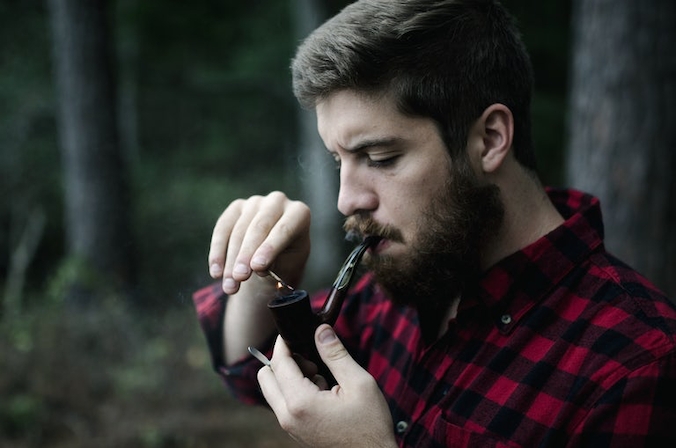 Sometimes, newbies expect that getting high for the first time is like getting drunk. Of course, it’s much more subtle than that. “I have probably had something but it can’t be marijuana because I would be more stoned than this,” one newbie research subject told Andrew Weil and Norman Zinberg in a 1968 study.

Some, more than others, are resistant to radically new experiences, especially if they are perceived as potentially dangerous or scary. It’s entirely possible that being resistant to the experience of being high for the first time prevents people from feeling high—or realizing that they are.

Is it physically impossible for some people to get high?

Some have entertained the idea that the ability to get high is related to the receptivity of the cannabinoid receptors in the brain. The CB1 receptors, which bind to THC and thus regulate its psychoactive effects, must be available.

Why wouldn’t CB1 receptors be available so a person can get high for the first time? It could be that certain medications, supplements, or other substances could result in fewer available CB1 receptors. It could also be that your CB1 receptors simply shut down if they aren’t prepared for a sudden massive rush of cannabinoids. Genetics or chronic medical conditions could play roles as well.

When certain hormones are present, CB1 receptor density is reduced in key brain areas, according to one study. Specifically, areas of the brain such as the hippocampus and the amygdala are associated with altered consciousness, stimulus, and reward. When a steroid hormone called glucocorticoid is present, fewer CB1 receptors are detected.

In what could be a major clue, CB1 receptors are also markedly less common in patients with Huntington’s disease. That means that other related neurological conditions could have similar effects.

The density of CB1 receptors may increase with continued cannabis use.

The idea that receptors spring up because you started using cannabis may sound very speculative. But since people do eventually get high for the first time if they keep trying, this could be the case. Some scientists refer to this as a “sensitization period.”

Genetic variations could also explain why some people get high for the first time when they smoke weed, and others have to try one or several times. People “vary tremendously” in their response to cannabinoids, according to Dr. Russo.