If discretion is a concern when growing cannabis indoors, try these low odor strains.
August 12, 2019
Written by Michelle Janikian 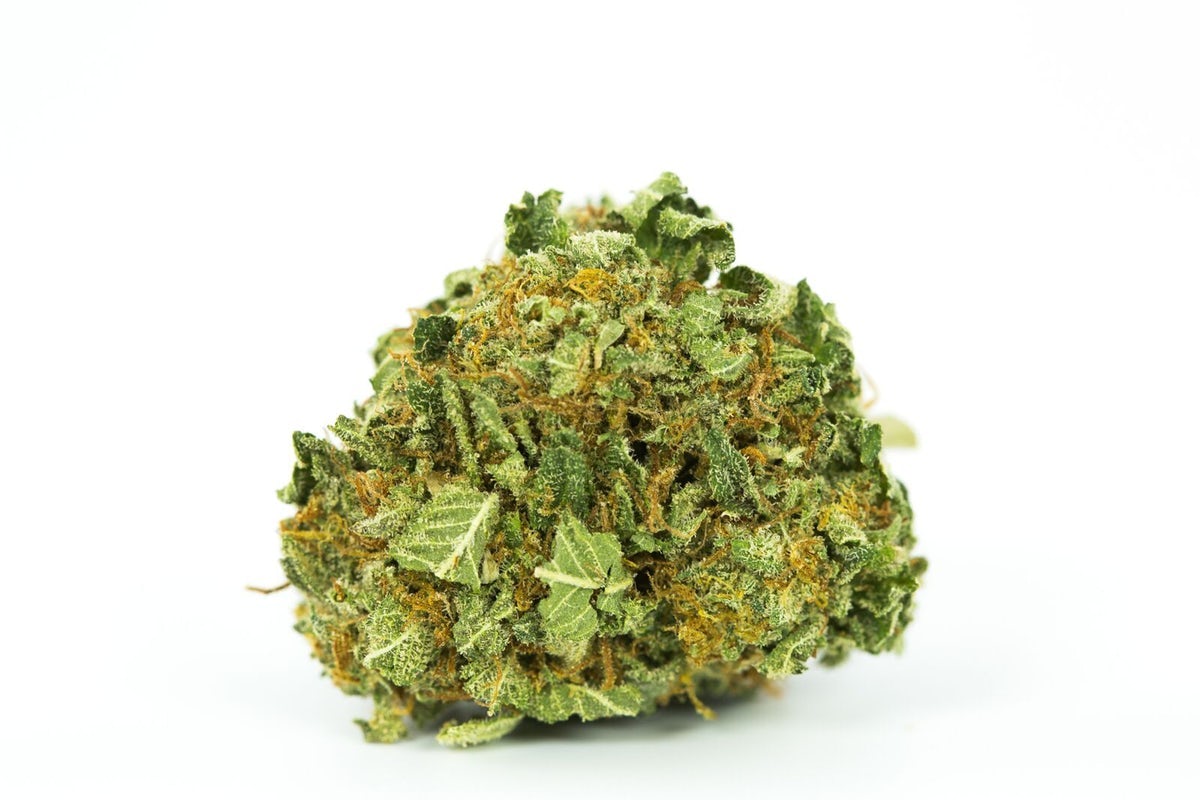 Low odor strains and odor-control tools are crucial to indoor growers. Growing your own weed is fun and rewarding, but many believe it’s not an option because they live in a place where weed isn’t legal. But every stoner should grow their own plants at least once, and low odor strains are a great way to do so under the radar. We’ve put together a list of the six least stinky strains you can grow discreetly, plus, some other techniques to keep odor from escaping your garden or closet.

Of all the low odor strains, Durban Poison is my favorite. A pure sativa landrace strain from South Africa, it provides a super uplifting, energetic high, great for daytime use and getting shit done. Typically quite strong, Durban poison can have 20 percent THC or more and is naturally rich in THCV. THCV is a psychoactive cannabinoid known to be energizing. It’s often found in strains of “skinny weed,” which curb people’s appetites instead of giving them the munchies.

Durban Poison plants can be nearly odorless, which is great for stealth growing. When its flowers are cured, they have a spicy, citrusy smell and a taste that some compare to anise. The buds are long and dark green with tons of orange hairs and trichomes. Durban Poison can be used for ADD/ADHD, chronic fatigue, depression, and migraines, as well as overall productivity, creativity, and euphoria.

One of the most well-known of the low odor strains, Northern Lights is a classic indica strain. Because it was bred to be grown indoors, it’s not only low odor, but it flowers quickly and is quite resilient. It is a great plant to grow at home because it is packed with THC. Northern Lights tests between 16 and 26 percent THC, averaging around 20 percent. When buds are cured, they smell piney with a hint of citrus and taste that way too.

Northern Lights provides a relaxing body high that can be used as a fast-acting sedative or pain killer. The low odor indica also provides an uplifting sense of euphoria as well as eases muscle tension. It can be used for depression, anxiety, insomnia, pain, muscle spasms, or just unwinding.

Polar Express comes from auto-flowering seeds, making it low maintenance and good for novice growers. A cross between the “OG” auto-flowering strain, Lowryder, with Northern Lights and California Kush, this indica-dominant hybrid is both physically relaxing and mentally uplifting. Its physical effects can be strong even though Polar Express usually only has 15 percent THC. But that makes it one of the best low odor strains for pain, muscle spasms, and inflammation. It’s also used for appetite and nausea, depression, stress, and anxiety.

Polar Express is also favored by indoor growers because these plants are not only low odor, but small in size. In fact, they rarely grow higher than two and a half feet. While they don’t produce huge yields, the buds are top-quality for very little effort.

There’s low odor strains, and then there’s strains that hardly smell like weed, but more like fruit. Papaya, is exactly that. This indica-dominant hybrid leaves a recognizable papaya scent in the air that’s tropical and sweet. Although an indica, Papaya is famous for its energizing effects, making people feel both calm and productive. People use Papaya for PMS, cramps, gastrointestinal issues, muscle cramps, sleep, anxiety, and depression.

Of the low odor strains, Papaya is also high in THC, clocking in around 22 percent. The buds on these plants are dense are bright green and often covered in orange hairs. Papaya is good for indoor growers for its short flowering time in addition to its subtle aroma.

Like Papaya, Blue Mystic is one of those low odor strains that smells like fruit instead of skunk. As you probably guessed, Blue Mystic smells like blueberries, but only faintly. It’s an indica dominant strain with “mysterious” origins, but some speculate its genetics may include Blueberry, Northern Lights, and Skunk. Blue Mystic provides a relaxing and happy high that many use for pain, nausea, stress, and insomnia.

Blue Mystic has flowers with a blue tint that are covered in white trichomes. Indoor growers favor low odor strains like Blue Mystic for their fast-flowering in addition to discreet smell. This indica flowers in as little as seven weeks.

This hybrid doesn’t smell nearly as rank as it sounds. Sharksbreath is the last of our low odor strains because it does have a bit of a sweet aroma, but it’s very subtle. Not only do indoor growers like this strain for its low odor, but it’s also a short plant with giant colas that flower in about nine weeks. Not exactly for beginner’s, Sharksbreath really shines when grower’s use the Screen of Green Technique (SCROG). Read more about SCROG here.

Of the low odor strains, this one has some impressive genetics. Sharksbreath is cross between Lamb’s Bread, a super uplifting sativa, and Great White Shark. It was developed by the same cultivators who created Tangie and LA Confidential, two of the most popular strains in California and around the world.

Other ways to hide the smell of weed

When planning an indoor garden, there are a few other techniques and tools you can use to control smell. For one, you want to make sure your plants are in a secure room that odor can’t leak from. For larger gardens, the odor could be leaking from exhaust systems, inline fans, or old filters; you can read Herb’s in-depth article on preventing the smell of weed here.

Hopefully, by growing some of these low odor strains, you won’t need much to control the weed smell from escaping. Some low-key tools people use to prevent minor odors include:

Low odor strains are the key to growing weed discreetly in less than legal places. Do you know of other low odor strains? Let us know in the comments below.

Cannabis For You, Near You
Join the Herb community and get exclusive offers, early access to products, and good vibes.
August 12, 2019
Written by Michelle Janikian